Problem definition
At present, mobile fire fighting on electrical installations is still associated with a considerable safety risk for fire brigades. The reason is that an uninterrupted full jet of water can cause an electrical connection between the live object and the firefighter's jet pipe.
Now the fire brigades try to counteract the danger of electric shock by using a spray jet and by applying the so-called DIN VDE 0132 guidelines.
However, it turns out that the theory differs significantly from reality. For example, the recommended minimum distances to burning, live objects are difficult to estimate by eye.

Solution
With a new, patented process DE 10 2012 200 270.7, the water jet is now to
periodically to eliminate the risk of electric shock and to take advantage of the extinguishing benefits of the full beam.
Not only can it be used on any electrical equipment, especially in the high-voltage range, but it also offers the emergency services protection against unexpected electrical hazards - think, for example, of the problem of potential transfer.
In its simplest form, the procedure is implemented by a
Pulsation adapter, which according to DIN 14461 is installed as a separate module between beam tube and
hose is ratcheting.

Market & Environment
There is nothing comparable on the market at present.
Only the hollow jet tubes have been used to date for fire attacks on live equipment, but these have a completely different extinguishing effect, as well as a limited throwing range and only offer sufficient protection if the safety distances are observed. 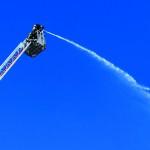 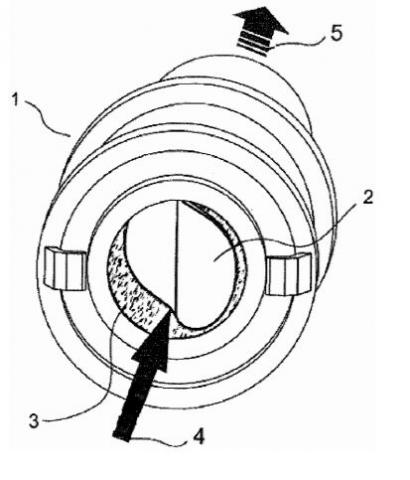