Misjudgments in History - Prominent Inventions and Their Doubters

Do you sometimes doubt your ideas? Do you hear things like "What's the point?" or "That's never gonna happen"? Don't let them stop you from following your development. While it is true is that there are inventions that don’t succeed, there are also many misjudgments about inventions that later became international successes made by expert contemporaries.

Edison's Lightbulb was Underestimated at First.

Thomas Alva Edison first illuminated the Avenue de l'Opera and the Place de l'Opera with electric light at the 1878 World Exhibition in Paris. But what did Oxford Professor Erasmus Wilson say? "When the Paris World's Fair is over, the electric light will go out and we'll never hear about it again." And when Edison applied for a patent for his version of the lightbulb in the USA at the end of 1879, he read in the newspaper: "Anyone who is familiar with it will recognize that Mr. Edison's lightbulb is a clear failure." This was said by Henry Morton of all people, a scientist and then-president of the Stevens Institute of Technology, one of the oldest technical universities in the USA. But it was Edison's version that made series production and the use of electric light in everyday life possible - after many had tried it before.

The Automobile - A Success with many Forefathers

Even the invention of the automobile wasn‘t immediately recognized as a success by everyone. In 1903, for example, the president of the Michigan Savings Bank advised Henry Ford's lawyer against investing in Ford's automobile company. "There will always be a horse. Cars are just a passing fad." The fact that even car pioneers couldn't imagine what would become of it was shown by Gottlieb Daimler’s 1901 statement handed down by that the worldwide demand for motor vehicles would not exceed one million - "just for lack of available chauffeurs".

The history of the automobile would, of course, never have been possible without the invention of the wheel before it. And this shows that an idea also needs the right environment to be successful. The wheel is said to have been created by ancient American peoples like the Mayas and the Aztecs, but they did not use it as a means of transport. This was probably because there were no suitable draft animals. And the Persian-Arab-Berber cultural area is said to have even given up the transport of goods on wheels again. Because of transport with camels, it was not necessary to maintain roads.

Of course, the car would have been nothing without the combustion engine. As late as 1806, the Russian Academy of Sciences in St. Petersburg ruled: "Petroleum is a useless secretion of the earth - a sticky liquid that smells and cannot be used in any way.” Products made of these were mostly used for lighting - the Canadian doctor and geologist Abraham Gesner applied for a patent in 1855, which is regarded as the beginning of oil processing.

Many learned contemporaries were also skeptical about the airplane. William Thompson, the first Baron Kelvin and himself a physicist, considered flying machines heavier than air to be impossible. He did not have the slightest belief "in a different kind of aviation than that with the balloon," he is quoted as saying. The same view was taken by the Canadian American mathematician Simon Newcomb: "Flying through the air with machines is absolutely impossible." They had to let the brothers Wilbur and Orville Wright teach them otherwise. They were not misled by the respected scientists and applied for a patent for their flying machine in 1903. The rest is history.

The modern entertainment industry also knows such misjudgments. The successful director D.W. Griffith, who founded United Artists together with Charlie Chaplin and other artists, published an article in 1924 in which he created a vision of film art in 100 years. Speaking actors wasn’t one of the visions. Harry Warner was quite open-minded about music from the tape instead of a live orchestra. This would save the cinemas a lot of money. But "who wants to hear actors talk?" he supposedly said. The Warner Brothers took the chance and invested in the new technology - they presented a film about a jazz singer who can be heard singing. And Griffith later made sound films himself.

The development of sound film is characterized by many technical stages of development. Among the pioneers were the Swede Sven Berglund, the Polish engineer Józef Tykociński-Tykociner, and the German sound engineers Hans Vogt, Joseph Massolle, and Joseph Benedict Engl. The laboratory of the latter three, who jointly developed the process as "Tri-Ergon", was located in Babelsberger Straße in Berlin. That a sound film poses different challenges to actors is another story.

The Calculator for the Schoolbag

In times of smartphones, the format and performance of the first calculator may seem a bit meager. But the integrated circuit on a semiconductor, which the young physicist Jack Kilby designed in 1958, is regarded as the basis for the microchip. His employer, Texas Instruments, could not do anything with it for a long time. Together with his colleagues, Kilby designed the first calculator and presented the "Cal-Tech" to the director in 1967. It is said to have had the format of a dictionary and weighed a kilo, but it could be powered by batteries.

At first, the head of Texas Instruments did not recognize the potential but made the series production at a Japanese company possible. It was not until 1972 that Texas Instruments launched its own pocket calculators on the market. Today, almost every schoolchild probably remembers "his" model. And in 2000, Kilby and two others received the Nobel Prize in Physics for the development of the integrated circuit.

At almost the same time as Jack Kilby, physicist Robert Noyce came up with a similar idea. There were therefore legal and patent disputes. Later, he founded the company Intel together with a partner. He was not considered for the Nobel Prize in 2000 because he had died in 1990. 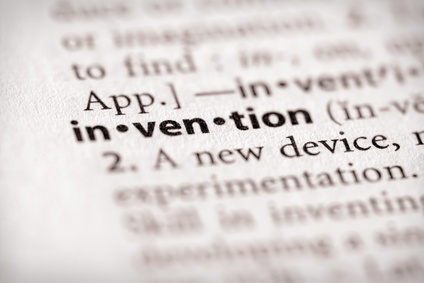 Why you should protect your invention?

Alexander Graham Bell was undoubtedly an active inventor, but the telephone, which he patented in 1876, did not work properly at all. There were three other inventors working on the same invention...

Who Needs a Computer at Home?

The first computers were much larger but not as powerful as today's computers, which greatly limited their use. "I think that there is a world market for perhaps five computers," Thomas Watson, head of IBM, is said to have said in 1943, even if this is not documented in writing. And his ambition was certainly greater - and rightly so, as history shows. "There is no reason why anyone should have a computer at home," Ken Olsen, founder of Digital Equipment, is quoted as saying in 1977. However, his employees already had plans for it. Another prominent misjudgment comes from Microsoft CEO Steve Ballmer: “The iPhone will not sell very well.”

It doesn't always have to be electronics. Swabian Artur Fischer invented the expansion dowel in 1958 and had the model patented. Because no one believed him, he is even said to have screwed a car to the wall. Today, any hobby craftsman with minimal talent can use it to securely fasten pictures, shelves, or lamps to the wall. There is no Nobel Prize for something like this, but there is steady commercial success. Fischer marketed his inventions in his own company, and the small, cheap plastic part made him rich thanks to the mass he sold.

So whatever you're working on, don't get discouraged. History shows, however, that often similar ideas came up at the same time. The filing of a patent application was often an important step in order to benefit financially from the invention.